You never have to explain yourself… 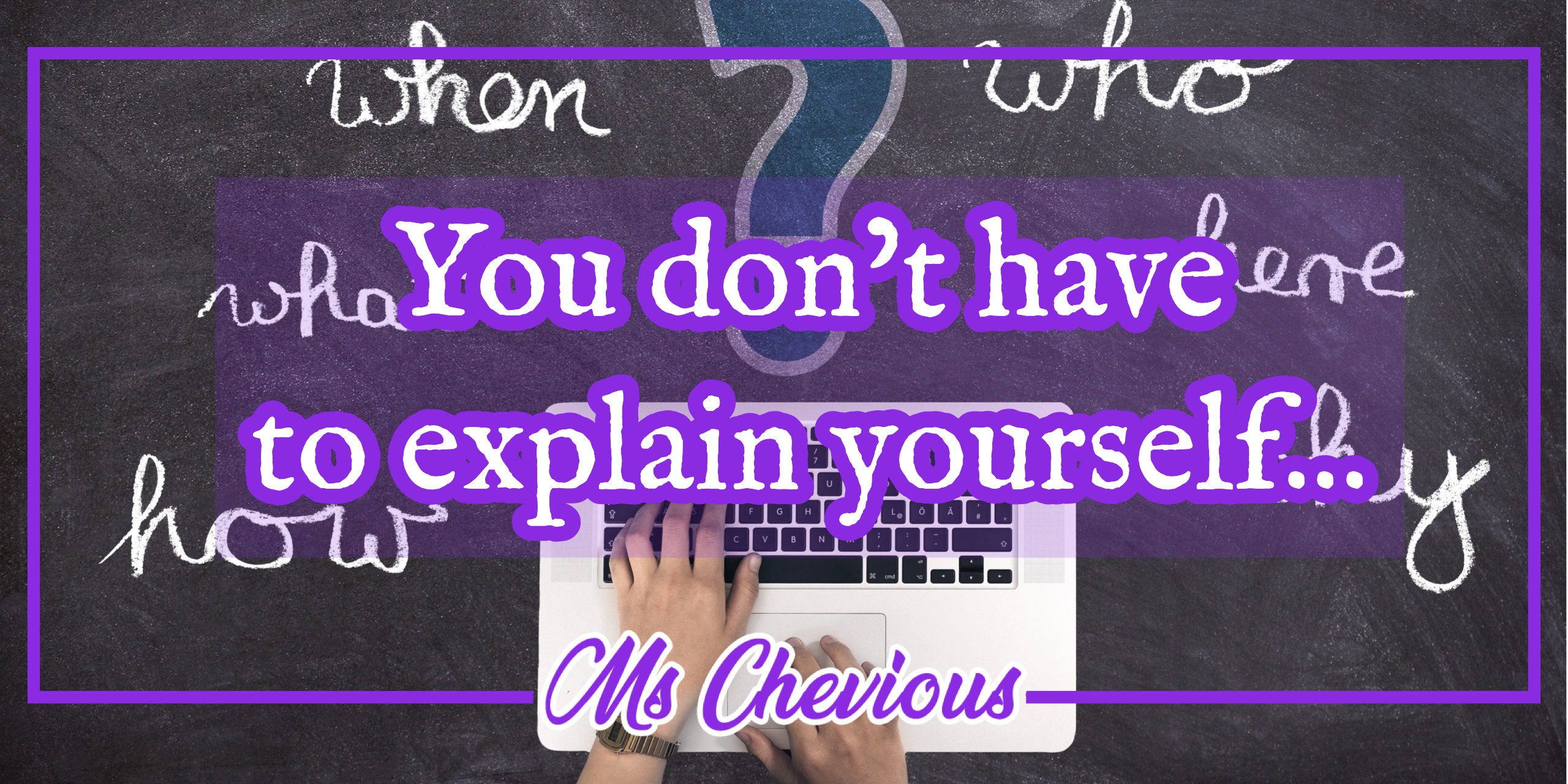 Your friends don’t need it, and others will only see from their perspective. When I was younger, I felt I had to justify my actions or my decisions to others. I was always being judged because the steps I chose to take weren’t necessarily easy or favorable. Yet, they were the best actions for me. I felt that if I explained myself, this would make a difference. I can honestly say that I could speak till I was blue in the face and it didn’t matter. I made as many points and explanations as I wanted as to why I chose to act as I did, but it made no difference. In the same instance for those that knew me best, they never once questioned my choices or actions. I never had to answer as to why I am, how I am, or why it is I do what I do.

The older I got, the more I realized there is no need to prove to anyone who I am or what I am about. This is an important lesson to learn, especially in this age of social media. Being home a lot more than I used to be, and social media being the way to network, I’ve been engaging more in groups as well as with people I follow. I’ve learned that even this is not really “fun”… It is effortless for someone to sit behind their computer where they cannot put a face to a name and act high and mighty, judging others by a comment left on a post. Just two seconds and some feel they know another’s entire existence from a speck of interaction. This type of interaction happened to me, and even I almost fell victim to the back and forth monotony.
I responded to a question that asked if a newly found piece of information to an already negative narrative is a game-changer.

I responded by saying, “No, only I can decide what stops me from moving forward. A saying is merely a saying. I do not care about its meaning or its origin. I define it how I choose to.” The author of the group replied with a very snarky, “sometimes I miss the point too.” To which I replied, “I understood the statement, I simply choose not to perpetuate the negative narrative. Thank you for your kindness, Sir.” I was then berated by one of his followers that told me I was answering from a place of privilege. I said, “Yes, me and all my Indian woman privilege. I shouldn’t be positive lest my head gets cut off…..” I unfollowed the post, and over the following hours, my phone had non-stop notifications, all based on an opinion question! I read most of these comments in complete disbelief that people who don’t know me or that I existed more than 5 minutes ago felt that they knew what I was all about. Since most of my pages are public, if they took 30 seconds and clicked on the profile, they would know it was certainly not a game-changer. I am actively trying to make a difference, so to get mad at every new upsetting thing is truly a waste of time. They judged me without even knowing my level in the game.

I hope one day we can all realize that we all have common ground as human beings. We can all support one another without agreeing 100% with each other. We can agree to disagree and still be one as a people. We can realize that no one is lesser or greater than the other. We all have strengths and weaknesses alike. You are never lesser simply because of how you are born. Let’s meet each other with open hearts and open minds with understanding, and I promise one by one, this world can be a better place.

Follow Us on Instagram!
PrevHow long do you think it takes to heal…?
Why Knowing Who You Are Is ImportantNext